World Day Against Trafficking in Persons

The Sovereign Order of Malta has appointed in 2017 two Ambassadors tasked with combating human trafficking. Based in Geneva,  Michel Veuthey (Ambassador to Monitor and Combat Trafficking in Persons)  and based in Africa, Romain Champierre de Villeneuve (Ambassador at-large for Africa), they strengthen the commitment of the Order of Malta in preventing the trafficking of humans and protecting the victims, with projects both at local and diplomatic level.

At each session of the Human Rights Council in Geneva, as well Vienna and New York, the Order of Malta makes interventions on various forms of human trafficking or contemporary slavery: forced labor, forced marriages and motherhood, sale of children, pornography, forced organ harvesting. The Order of Malta is also increasing partnerships with universities in France, Italy, Switzerland and the USA.

With this massive influx of people, the Order of Malta is raising attention on the risk of refugees falling victims of human traffickers. To this end its Polish embassy has issued an alert containing safety rules for refugees which is being distributed along the main exit routes in Ukrainian, English and Polish. Malteser International is coordinating the global effort of the Sovereign Order of Malta, whose associations and relief and volunteer corps are on the ground to assist the refugees.

The Sovereign Order of Malta would like to underline the important role of religious leaders and religious congregations in the protection and assistance to victims of human trafficking, often in cooperation with former victims and survivors (see list in appendix).

Today’s measures to prosecute traffickers and to protect and shelter victims are notoriously insufficient and inefficient. Legal instruments and mechanisms exist at the domestic, regional, and global level, but they are not up to the challenge of the increasing scourge of modern trafficking.
These legal mechanisms only prosecute a handful of criminals and offer insufficient numbers of shelters and services to victims. https://adlaudatosi.org/international-prosecution-of-human-trafficking-what-can-be-done/: indeed, the number of criminal convictions related to human trafficking is extremely low: 1 in 2,154 cases of slavery results in a conviction – a rate of 0.047%.

On the root causes, the Order of Malta shares the view that the demand for trafficking should be criminalized, taking into account the different forms of exploitation, slave labor or sexual exploitation. The fight against human trafficking, particularly related to demand, must be carried out through a multidisciplinary, multidimensional, and coordinated approach between the different actors.

Concerning online exploitation, the criminalization of consumers who purchase images or even the piloting of abuse sessions on minors and women must be a priority. Existing international, regional and national political and legal instruments must be fully implemented but we must consider new instruments adapted to the abuse of new technologies. We need a completely new way of thinking about modern slavery.

Demand comes from unrestricted dominion over human beings and Creation, without any respect neither for human life and dignity (See the 2020 “Fratelli Tutti” Encyclical Letter) nor for integral ecology (See Ch. 4 of the 2015 “Laudato si’ Encyclical Letter). Today’s economic system too often allows the primacy of objects over humans and the priority of capital over labor, technology as an end and not as a means, and technology being abused to create demand.

It is not enough to provide human trafficking survivors with just legal protection, we must also provide them with physical, psychological and religious protection. It is important to give them a safe space, to return to a normal life, accompanied by all the medical and social services which they may need.

States must also abolish existing laws prosecuting the victims of trafficking and go after the traffickers instead.
Governments must provide victims with a safe space, access to help from authorities, and not be in danger of deportation, receiving fines or being wrongfully imprisoned.

All countries should advocate for the “Nordic Model”, which was introduced in Sweden in 1999, and was the world’s first law to recognize prostitution as violence against women and a violation of human rights. It criminalizes the purchase of commercial sex and offers the exploited an exit strategy.

Let’s conclude with these two questions:

–           Firstly, how could religious values of solidarity and respect for human life and dignity be better used to stop contemporary forms of slavery? How could Faith-based organizations receive more support to protect and rehabilitate victims?

–           Secondly, how could we collectively promote hard and soft legal instruments monitoring and criminalizing the demand for all forms of human trafficking: slave labor, sexual exploitation, forced organ transplantations, sold and stolen babies, and forced surrogacy motherhood, as demand is the root cause of contemporary slavery?

Let us highlight, among others, the following networks of religious organizations active on behalf of victims of human trafficking: An example for Catholic entities to follow: Proposal – Modern Slavery Risk Management Program From 2021 to 30 June 2023 / Eradicate modern slavery in all its forms from the operations and supply chains of Catholic entities in Australia 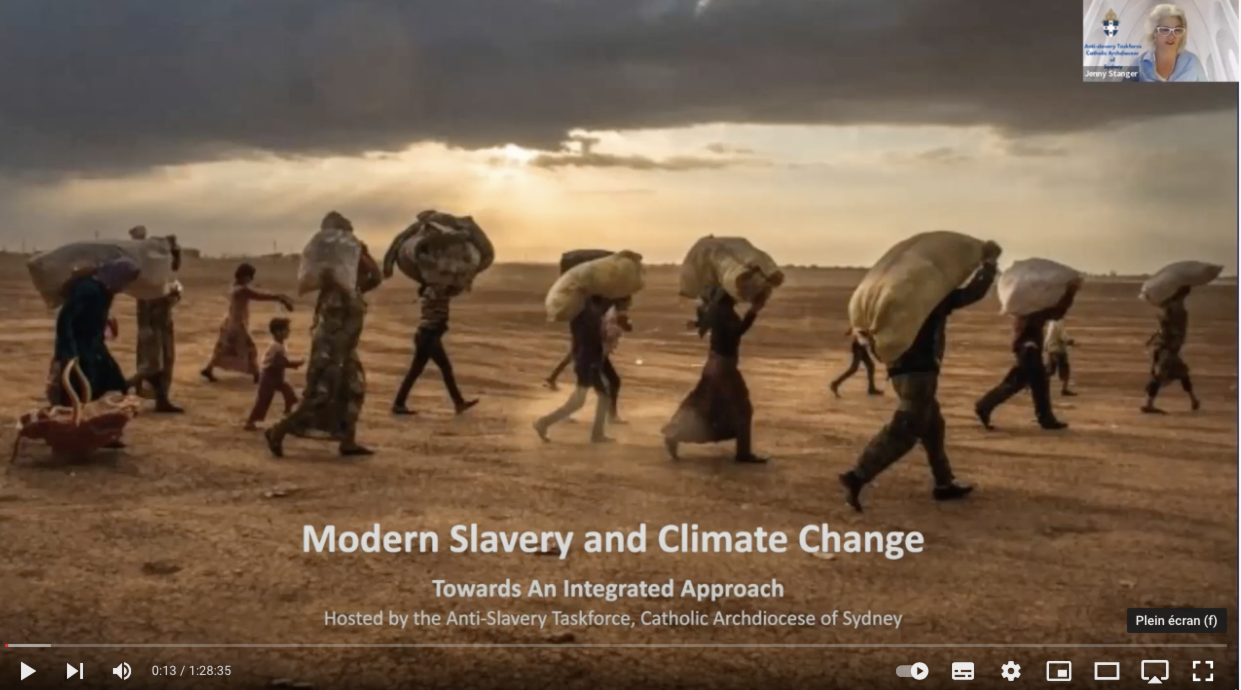