This website uses technical and assimilated cookies as well as user-profiling third party cookies in a grouped format to simplify online navigation and to protect the use of services. To find out more or to refuse consent to the use of one or any of the cookies, click here. Closing this banner, browsing this page or clicking on anything will be taken as consent to the use of cookies.

Home / Lieutenant of the Grand Master

Religious superior and Sovereign of the Order of Malta

The Lieutenant of the Grand Master is elected by the Council Complete of State for a term of one year from amongst the Professed Knights.

According to the Constitution, as the religious Superior and Sovereign, he must fully dedicate himself to the development of the works of the Order and set an example of living by Christian principles to all the members of the Order. He is vested with supreme authorities.

Together with the Sovereign Council, the Lieutenant of the Grand Master issues the legislative measures not covered by the Constitution, promulgates government acts, manages the financial assets, ratifies, international agreements and the summoning of the Chapter General.

The States with which the Order has diplomatic relations recognise the Lieutenant of the Grand Master with the prerogatives, immunities and honours reserved for Heads of State.

The Lieutenant of the Grand Master resides at the Order’s seat of government, the Magistral Palace in Rome.

Fra’ Marco was born 1950 in Brescia. He completed a scientific high school degree at the institute of the Franciscans in Brescia, before studying medicine for a number of years at the Universities of Padua and Parma. He was then asked to manage his family’s property interests. This led on to business activities in the consumer industry and large-scale retail distribution, an area in which he continued to be involved in for many years.

Upholding human dignity and caring for people in need 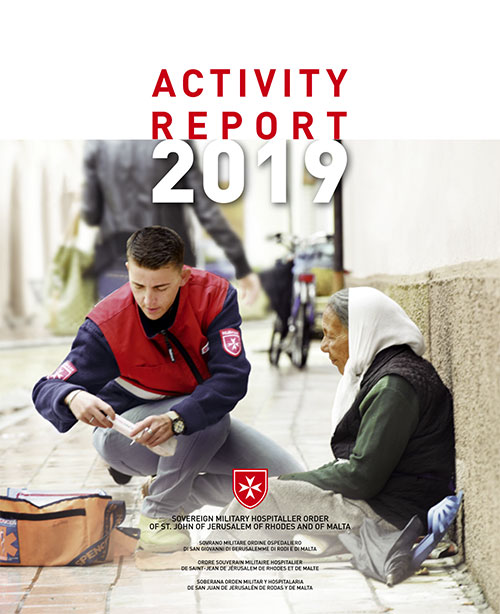